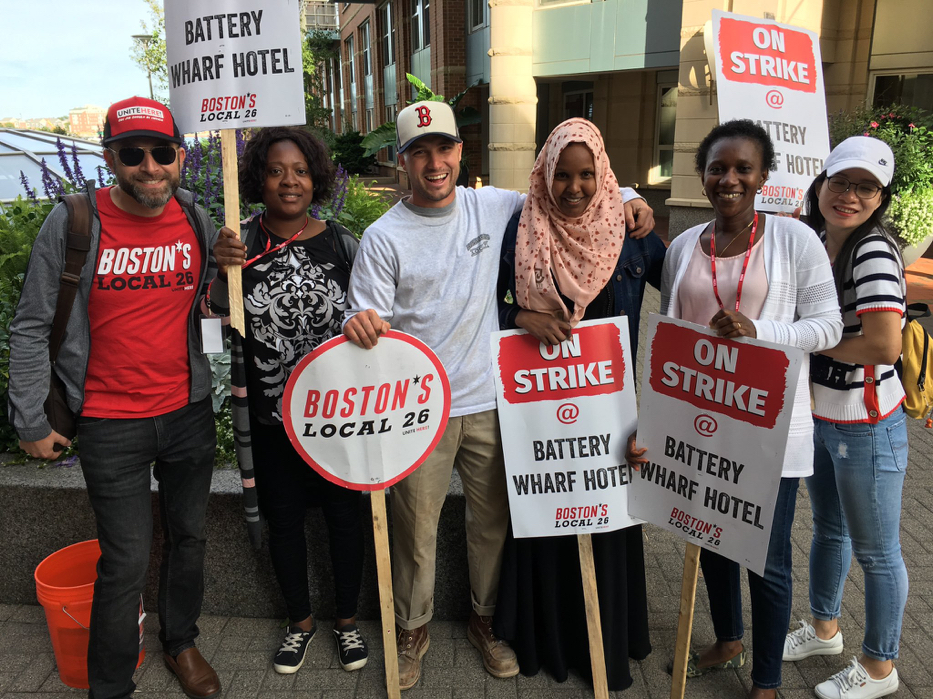 Note: Battery Wharf Hotel workers involved in the contract fight and UNITE HERE Local 26 Financial Secretary Carlos Aramayo will be available for interview in person at the event as well as by phone.

Why: After over eleven weeks on strike, UNITE HERE Local 26 and The Battery Wharf Hotel, part-owned and operated by Westmont Hospitality Group, have reached a tentative agreement. Since the UNITE HERE Marriott Strike of 2018, the Battery Wharf Hotel was the last hotel to agree to a contract that ensure sexual harassment protections, guarantee affordable healthcare, and provide enough income for hotel workers to support their families.